As part of my Soliare costume I created a matching scabbard to hold my Sunlight Straight sword using reference images from the game. One thing I noticed about this design is that unlike most real world scabbards, it does not fit to the shape of the sword and is more of a long box; this would make it quite quick and easy to make. For materials, I would go with a balsa core, that would then be wrapped in Worbla and finally a resin coat. I have a blueprint for both the sword and scabbard available on my Etsy store page here.

To begin I printed off a reference image from which I measured. From this I then created a scaled up paper template, making sure my sword would fit inside. Since my sword is a painted prop I took care to make sure that the fit wouldn’t be too tight as not to damage the paint work. An after thought I had was that some soft material might work inside to help with this, but I haven’t tried it out.

The template was used to cut out 2 sections (a front/back) from 3mm balsa wood. Using my sword as reference, strips of balsa wood (the same thickness as the blade) were cut and glued along the side edges of one of the sections to create a ‘wall’. The rounded end would be left until later. The second section was then glued on top to create the box. Further details such as the trim were added using more wood. To create the curved bottom, I glued several thin balsa strips side-by-side around the edge. This was then filed to shape. The edges of the box were then rounded off. 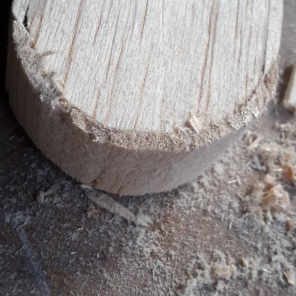 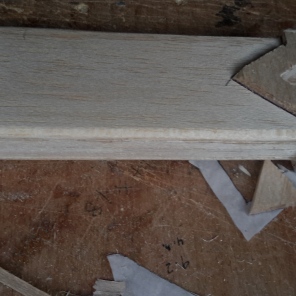 Next up was covering the whole thing in Worbla making sure to go into any corners using a sculpting tool. Unlike the game, my scabbard would not magically float next to my body. So, using real scabbards as reference I added some 3D printed D rings to which I would add some straps. These would have faux leather loops on the end through which a belt can be passed. The worbla was coated in XTC 3D resin using a sponge brush to give it a hard shell. After a few coats this was lightly sanded and then sprayed to show up any low spots. These were filled with some body filler, sanded and it was resprayed dark brown ready for painting.

While the scabbard in the reference image looked more of a grey colour with some brown patches, I decided to go with a silver pant job with patches of bronze. This worked well replicating the image and also matched with the fully metallic sword.  The painting was simply done as layers of dry brushing, with some light, random patches of bronze. It was then weathered using brown and black paint. When done it was given a coat of satin varnish. To finish the painting, the D rings were picked out using some liquid silver leaf.

To complete the prop, some straps that would allow the scabbard to hang from my belt, were made using some faux leather. I have created a tutorial on how these were done here.