About 2 weeks ago Punished Props posted a video on their You Tube channel to celebrate 100k subscribers.The video showed a build tutorial of Malcolm Reynolds pistol (Firefly) along with an invitation to follow along at home and have your work shown in a future video. This sounds like a great challenge and a chance to have my work shown off, why not? 🙂

I decided I would make mine from PVC foam along with wood for the grips if I could get some: this build would be made from things I had left. While looking through my material stock I did find that there were several things I didn’t have for this build such as the rod and screws.  This was a good opportunity to use my recently purchased 3d printer and play with some simple 3d modeling.

To get the project started I began modeling the screws, side bars and later on the barrel. This initially as going to be made as in the video, but  as I was modeling the other parts I gave it a go. They were all printed in PLA and the bars, barrel and front screws turned out well. There was some issues with the  small screws not printing correctly until I had a play with the settings. All part of the learning process.

When the weekend came around I began the main body of the pistol. Using the templates  I cut out the parts on my scroll saw and tidied them up using files and the disc/belt sander. The two large side sections were roughly cut out before being stuck together using double sided tape. They were then cut and sanded together to make sure they were identical. The two small side parts were made in the same way.

Next they were shaped using the sanding drum on my my Dremel and then attached to the main body of the pistol. After rounding the top the groves were then cut into the pistol using a hacksaw, knife and needle files. 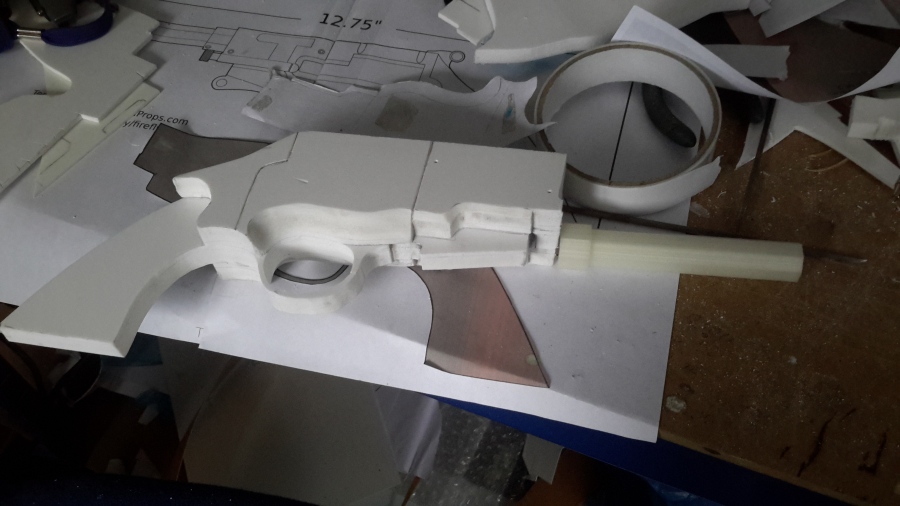 I knew I wanted to use wood for the grips and was lucky enough to find a few scraps that were just the right size and thickness. Yay! I used the template to trace the shape onto one piece of wood, attached them using tape, then cut them out on the bandsaw. While held together I also made the screw holes using my drill press. These were then taped to the pistol and shaped, again using the Dremel, files and sand paper. I made a bit of a mess of one, but had just enough wood left to make another. They were then given a coat of wood stain. 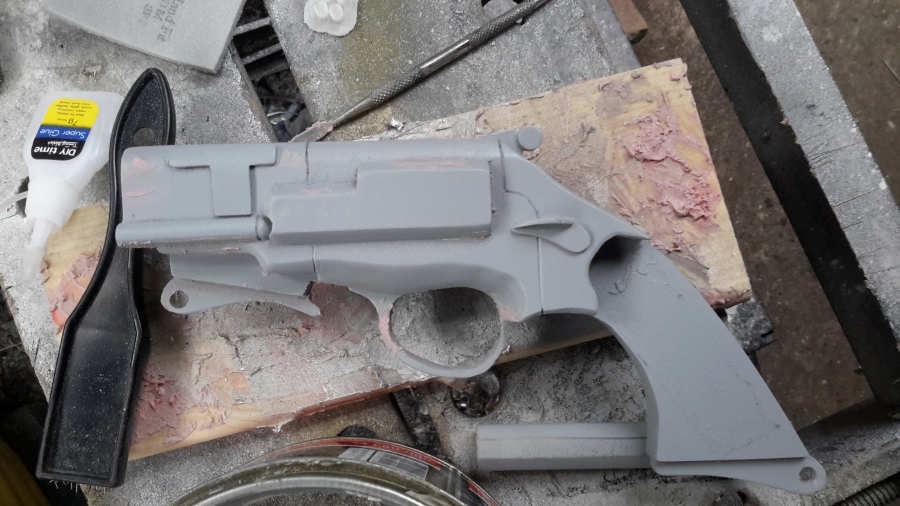 Details were then added using thin syrene plastic and printed parts. Everything except for the grips was then sanded down and given a coat of primer. This highlighted any dents and gaps left following the build which were filled with body filler. This process was repeated until I was happy everything was blended together and smooth. 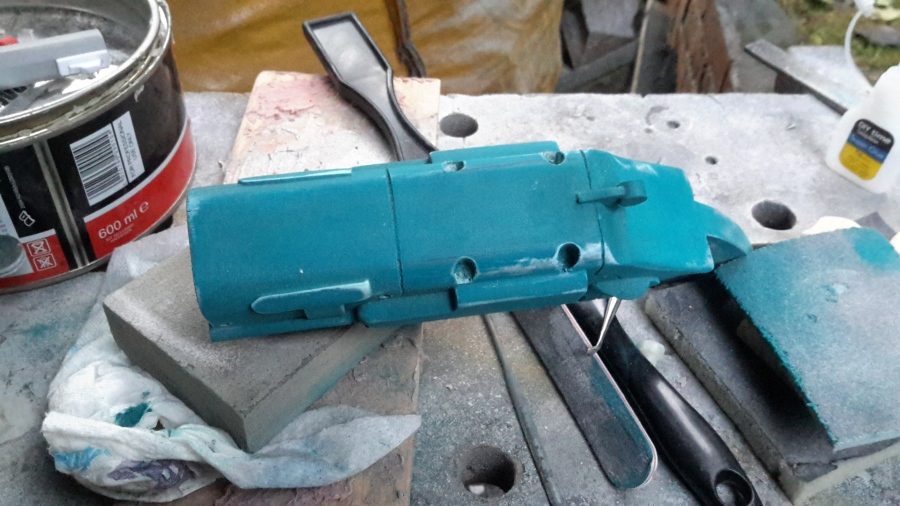 Next the holes were drilled in the top. I found this quite hard despite having measured out where to drill and holding it in a vice. I mucked two of them up  and wasn’t happy with leaving them and so they were filled, sanded and re-drilled. Since I didn’t have any rod of the right size to fit the holes I  printed some cylinders. During this build I have found that having  a 3d printer is really handy for small things like this.

Finally the hex screw holes were drilled, the faux printed hex screws pushed in and the barrel added. To secure it to main body I inserted a rod into the hole I had modeled in the back  and one drilled into the front of the pistol.

The pistol was sprayed with brown and then a dark bronze. The paint job was built up by first dry brushing on antique gold acrylic and then bright gold. It was then weathered using brown, dark brown and then black weathering powder mixed with water. The whole thing was then sprayed with satin varnish.

Overall I’m happy with he way it turned out. Here are a few of my thoughts:

Now to make that video…. 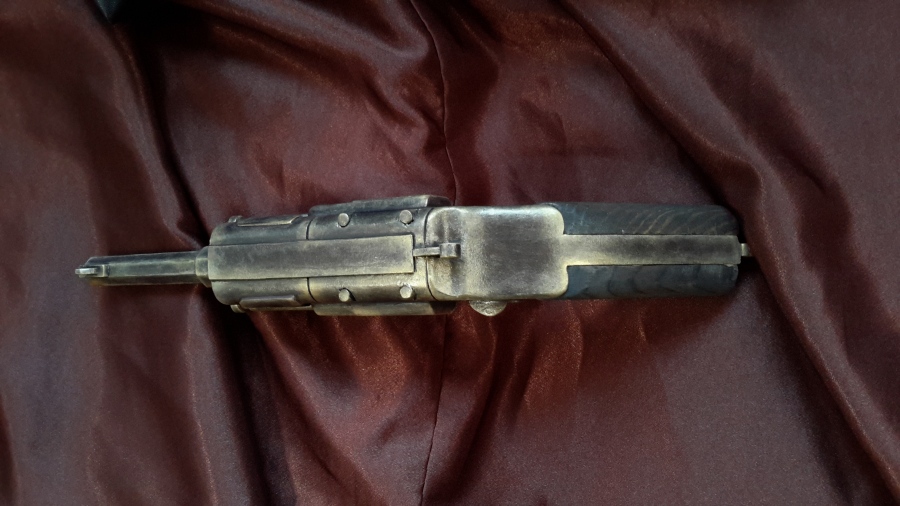