The sled was a simple and quick build following the template I created, using foamex along with some 3d printed screw heads, nuts/bolts, styrene and a piece of acrylic rod.

The main structure was simply two strips with panels between and to the side of them. This reminded me of a Transformer toy I had years ago. The brace which holds the front of the mini nuke was created in two halves. After cutting out the holes, these were heat formed and checked against my 3D Printed min nuke which can be found here (mine was the basic version). This was attached together and to the sled with nuts and bolts. Following a little filling and sanding this short section of the build was finished and ready for painting.

Once I was happy with the filling and sanding, the main body including piping and the sled were primed with dark brown paint. Over this I painted a dark iron followed by dry brushing  3 or 4 layers of silver and then 1 layer bright silver. This gave a good base metal colour to work with. The next step was to weather any crevices with dark brown, then when dry, a lighter brown. In hindsight I should have missed this section out as all the parts I weathered were later rusted.

Having sat in the wasteland for around 200 years the Fatman in the game is very rusty and I wanted to emulate this. Some how they still manage to function though… Using references from the game and real life I developed the follow techniques to create rust effects. 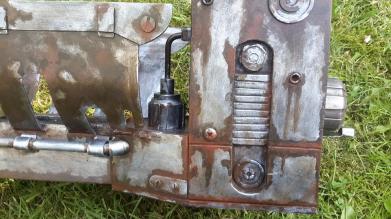 To create the heavy rust, simply apply more paint to build up thick layers to give it texture.

The gas tank was sprayed yellow and when dry was masked off to allow the metal to be primed and then painted. The flammable warning label was drawn on inkscape and printed onto a vinyl sticker sheet. Once stuck on the whole tank was weathered as above. The dome was painted with a heavy pigment silver paint followed by liquid silver leaf to give it the same shiny finish it has in game.

The face of the dial was also printed, but on paper and glued in place. A little ‘water damage’ weathering was applied to it before a needle and cover was added. This had a piece of clear acrylic sheet inserted. 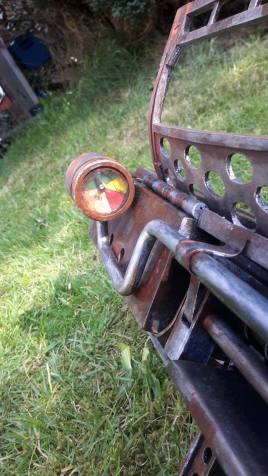 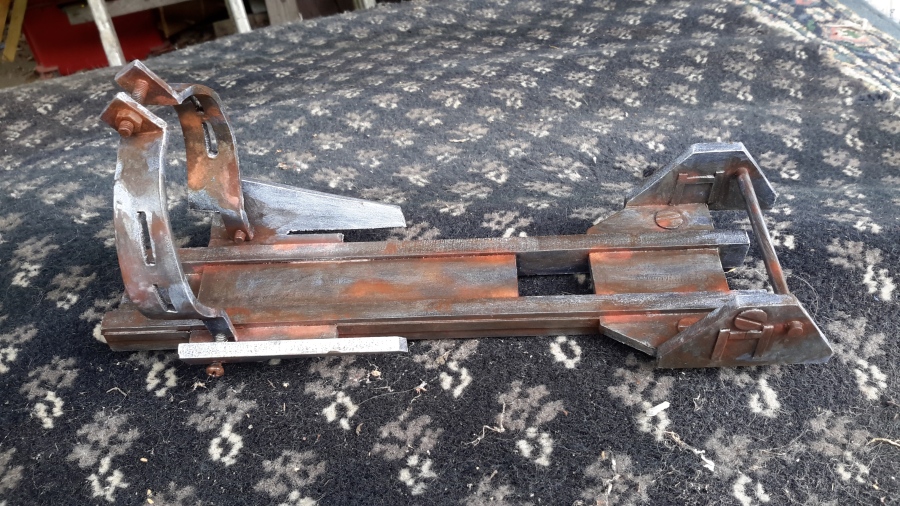 This is my biggest project so far being started on 25th February and being finished on the 30th May 2017. Despite the length and complexity I enjoyed the build and kept my motivation throughout. Having different parts to work on helped as I could switch between them.

Below are a few more thoughts about the final prop and the process of making it.

4. Experiment more. I have previously heat formed smaller parts which went well, but I am a little unhappy with the way the ‘baskets’ turned out. The way they seem buckled and dented looks good for something 200 years old, but my intention was to have them straight.

5. I like the paint job and think I have recreated the look from the game really well. I would like to try some other rust effects that are available and also adding more texture.

My next plan is to work on several smaller projects. These will include making and casting a character sculpt, completing a 3D printed build and attempting to make a prop kit. I also have a full costume planned along with 3 blueprints ready to build from. There’s plenty to be working on this year.