This page details the process I went through for creating my Plague Doctor costume. Links to templates and sites that inspired me can be found at the bottom of the page.

About two years ago I planned out a Plague Doctor character that took inspiration partly from an image of a medieval plague doctor and partly from Eileen the Crow from Bloodborne. For my costume I had decided that the majority would be made of leather: in my case faux leather or leatherette. In my mind it would be easier to wash off mud, blood and other fluids……  This never got finished and I admit that I do prefer making props and other art work. Actually finishing a costume has been a lot of effort for me, since I would start one, get bored, or have an idea for another. What I need was some motivation.

I go to cons a few times a year to meet with friends and they often wear their own costumes. In 2018 I decided I would finally finish one to wear. After another failed start earlier in the year, at the end of September I chose to continue work on my old Plague Doctor costume and have it ready for November.

Design note. I used a lot of the same materials and colours in the costume and accessories which was an intentional way to help make it cohesive: black, brown, white and silver.

I already had a hat, coat and mask, but would also wanted:

The main part of the costume is a trench coat hand sew using a modified Simplicity 2333 XS – M pattern (I left off the cuffs and side pockets). Before working on the coat I had to find the right materials and ordered three different black leatherette samples along with some brown coat lining. Of the three samples, the light weight clothing leatherette with one way stretch best suited my needs. For buttons I used some simple round ones with a chrome finish.

When I came back to the coat I felt it looked rather plain. After searching for coat images and not wanting to do anything too extreme, I settled on adding some stitching near the edges. This and the weathering I did, made me feel a lot happier with the look. 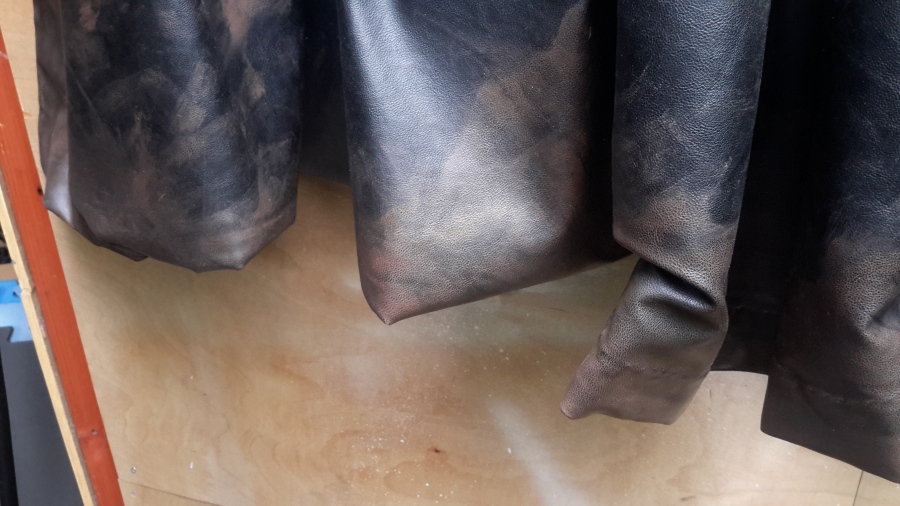 The first three of these were inspired by the work of Tom Banwell. He creates some great items from leather including Plague Doctor and Steam Punk masks.

The hat was made from heavy faux leather using a guide on the website Instrucatbles (see links below). The 3mm wire in the brim probably wasn’t the best and bends easily. It does help give the hat an old battered look though. For a bit of extra detail, I added a band made from the black leatherette I used on my coat.

My original metal mask was made using templates from the Instructables website. For my  leatherette mask, I created my own templates using the first mask as reference, having initially forgotten the page and lost the templates. I refined some parts and added some extra details. For materials I used a medium weight white leatherette, white fabric mesh and two acrylic lenses from a pair of old goggles. This helped give it the look of a bird skull.

To make the cowl, I created templates using a balaclava I had brought for another costume as reference and then attached a disc to the bottom. I used a dark brown version of the leatherette I used on my coat.

My gloves were made using the same material as the cowl and as the material is stretchy, they fit really comfortably. I mostly followed a pattern and guide, but extended them and added further stitching. 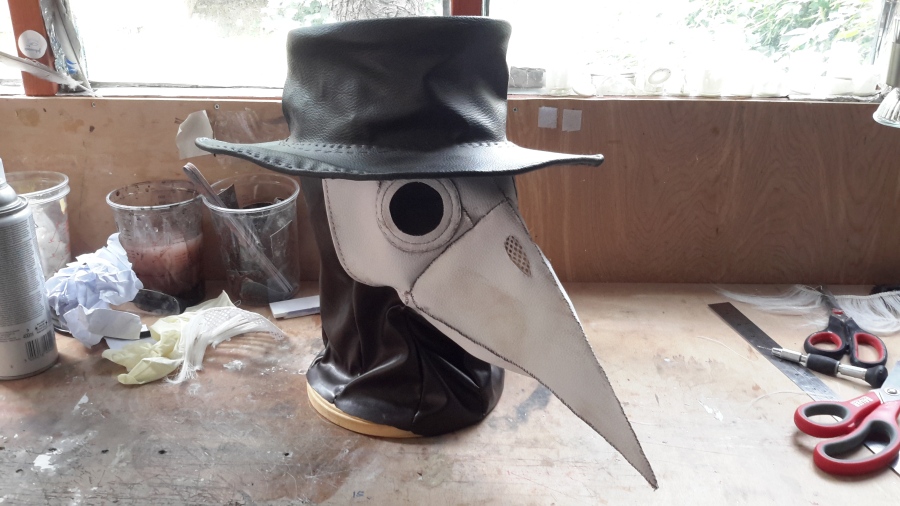 The boots are simply an old pair of workboots which already had some great natural weathering. To finish them I removed any logos and added some ‘mud’. 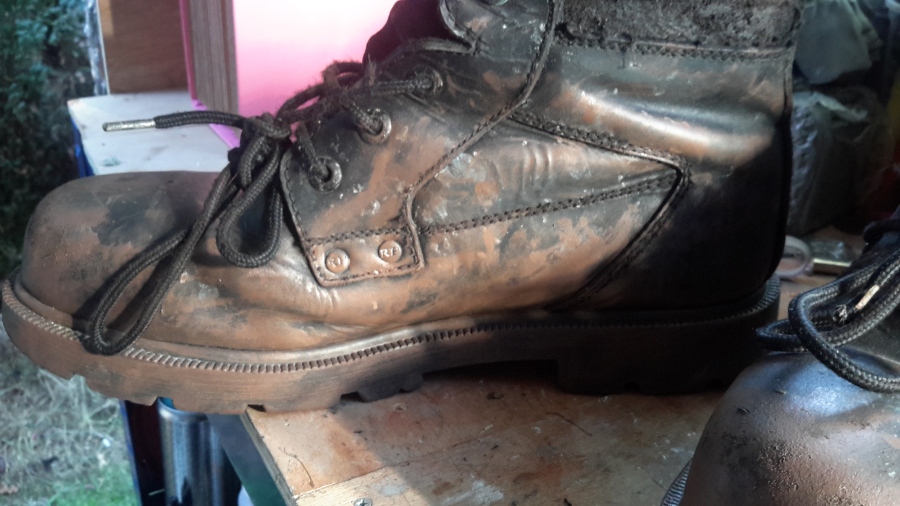 I had never made a bag before and it was an interesting challenge. I collected up some images, worked out how the hinge would work and then created some templates. The majority of the bag was made from the heavier leatherette with the light material being used for side panels. Both the hinge and handles are 3mm styrene sheet. The hinge was  shaped using a heat gun and then riveted, while the handle was doubled up. Rather than try to find the exact ‘D’ rings to attach the handles to the bag, I modeled and printed some in PLA. I was a little concerned they might break, but I used the bag as a practical prop during the con and they held up really well and showed no sign of snapping. To finish I created my own Plague Doctor variant of the skull and bones poison symbol/stencil in Inkscape. It was then stenciled onto one side of the bag with white spay to link with the mask. 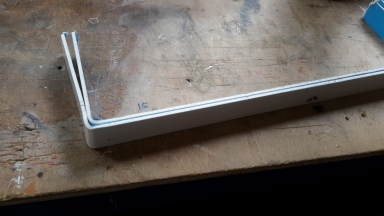 I gave myself the choice between making a rod topper or a necklace accessory for my costume. I chose the necklace, but really, this was just an excuse to try some cold casting – casting using metal powder mixed with resin.

Using the medieval art work as inspiration I sculpted my symbol using Super Sculpey clay, adding a loop to the top using wire. This was then baked, molded and then cast. I tried a few different metals; iron, aluminium and bronze. I finally settled on an aluminium miscast… I really liked the pitted and corroded look it had. The chain is made from 5mm aluminium rings and finished with a steel lobster clasp. 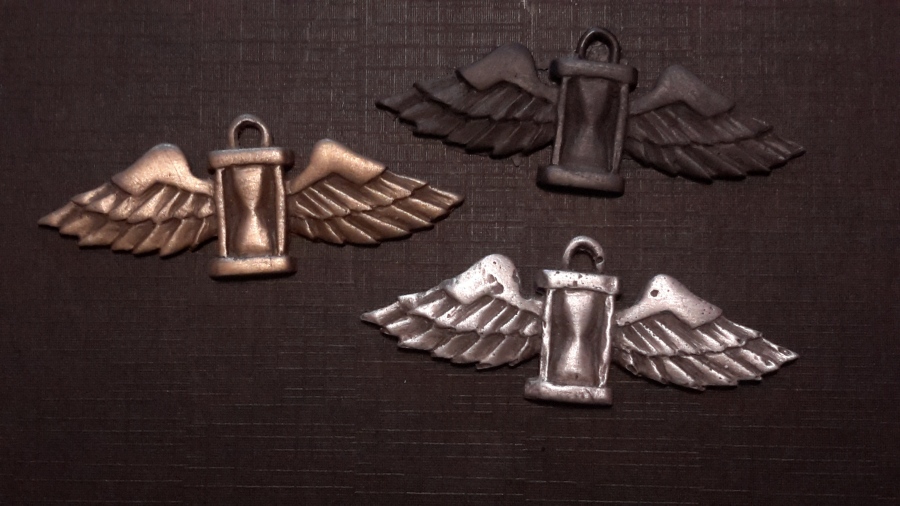 The pouch, bag and belt not only fit with the costume, but they are also practical as I only have pockets on my trousers.

The black pouch was made by following instructions I found on the Wild Tuscany Website, to which I added a left over silver button and black trim.

I also wanted a brown belt to hang my things from and after some thought on making my own and printing parts, I just settled on buying one. It was a bit lazy yes, but I was happy when I saw it came in a brown pouch which looks like an old style coin pouch I was going to make!

The last thing to do was to make the costume look used. I hadn’t weathered any faux leather before and did a search to find some techniques. The method I came across and used for the whole costume, involves carefully sanding to wear at the edges and seams. I tested the various grades of paper on scrap material and found that 180 grit worked best. It is necessary to take more care when sanding the lighter material to avoid tearing.

I also did paint weathering using brown and black acrylic on the mask, bag, boots and coat. For an added touch of realism I (crazily) used some wet and dry soil on the bottom of the coat, boots and to a lesser degree on the gloves and mask. 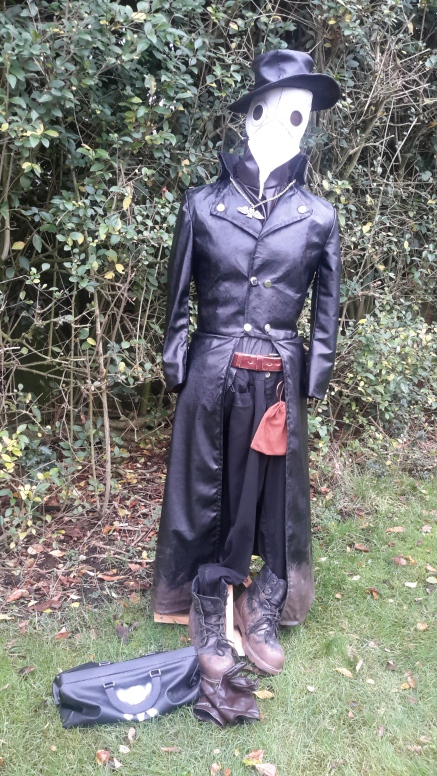 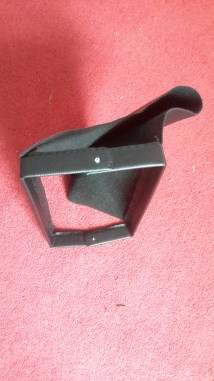 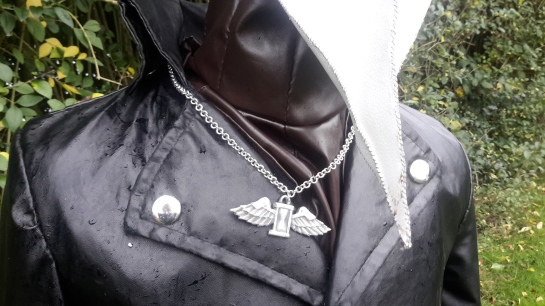 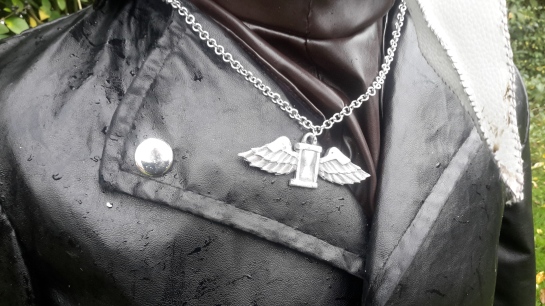 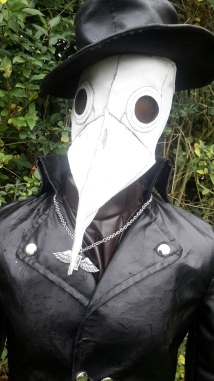 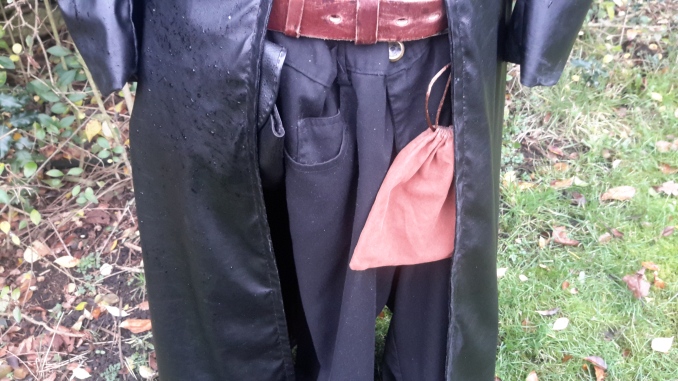 Either created by me or modified from existing templates or patterns

Mask -My original metal mask was made using these templates. For my  leatherette mask, I created my own using the mask as reference.

Cowl – Created using my own templates

The work of Tom Banwell  who makes many different Plague doctor masks and accessories, as well as some steam punk items. His site also has information and on Plague Doctors and links to other pages.