I didn’t post last weekend as I had hurt my foot at the end of week and had to rest it for a few days. While I wasn’t able to do any work on my projects for a few days, it was my holiday, so I had the rest of the week. Due to this I wasn’t able to complete the sword and mask as planned, but I did move them closer to completion. This post will be a little longer than normal to cover all the projects I worked on during my week off. 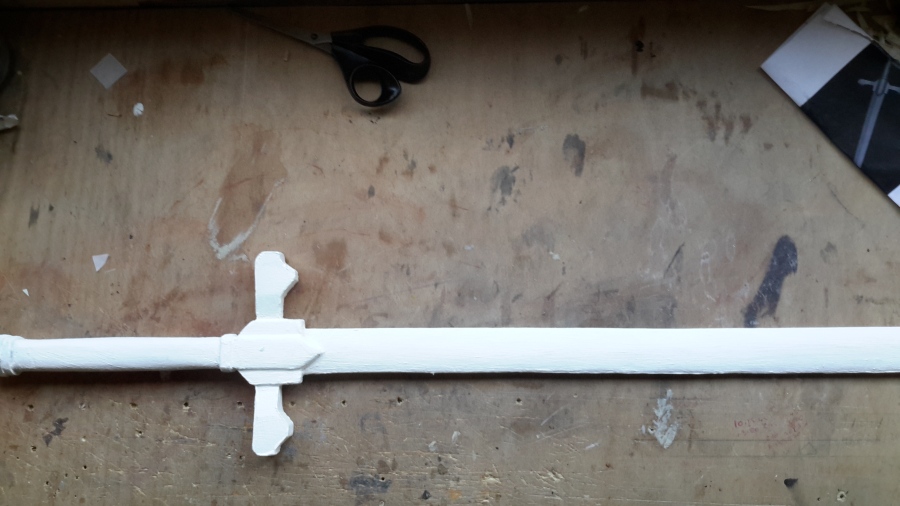 I continued to sand the plasti paste coating down until I was happy with it. What I wasn’t aware of was that this product contains LOTS of tiny fibres. When I had a close look, the blade looked as though it had a day or two growth of  stubble

Never mind, this was to give it some more strength. To combat this I gave it around 8 coats of Gesso paint over a few days. When these were fully dry I sanded this down as smooth as I could, before giving it more coats. Following a few more rounds of this it should be nice and smooth and ready to paint.

Between coats, I worked on three other projects: the mask, Sonic Screwdriver and a scabbard for the sword.

After doing some research on how  they are made and finding an in-game reference image, I constructed mine from some spare balsa. As with the sword this was given a covering of worbla. Since it is a nice sturdy box it won’t need anything over this. When I have worked out the belt attachment points I’ll cover it in Gesso and then paint it. 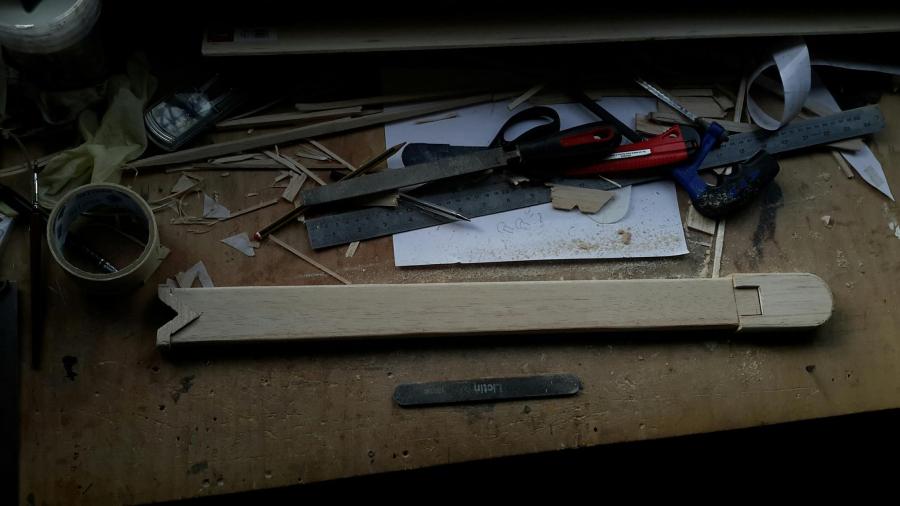 I wasn’t happy with the way the previous one was going and re-designed the parts so they could be printed whole/slot together. This would mean that the parts wouldn’t move as I originally wanted, but I was okay with that. The prints turned out really well and after less sanding than I thought they would need, I glued it together. All the parts are sprayed and I’m hand painting a few details before I weather it. 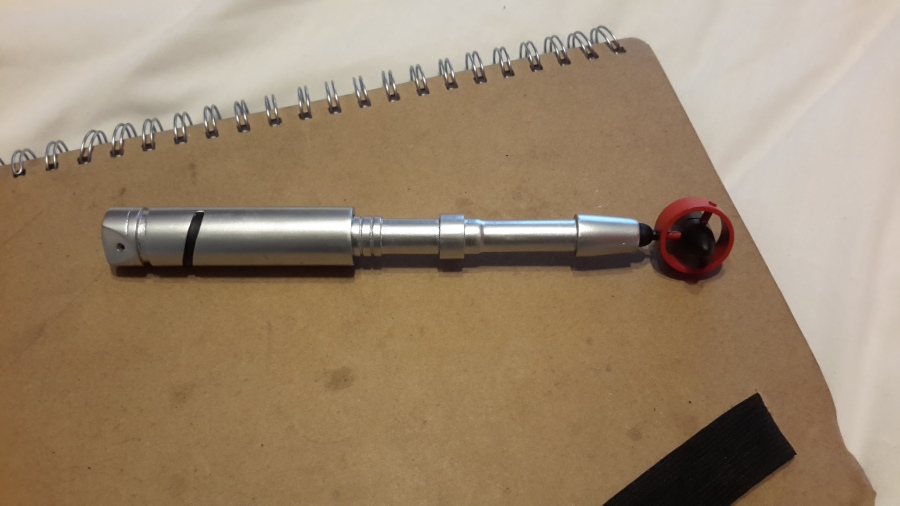 The mask was also sanded but I wasn’t happy with one of the eye sockets. Putty was sculpted onto this to make it more symmetrical as well to some thin areas on the back. It will need some more work and sanding before I’m totally happy with it.